A Brief History of Magic: the Gathering 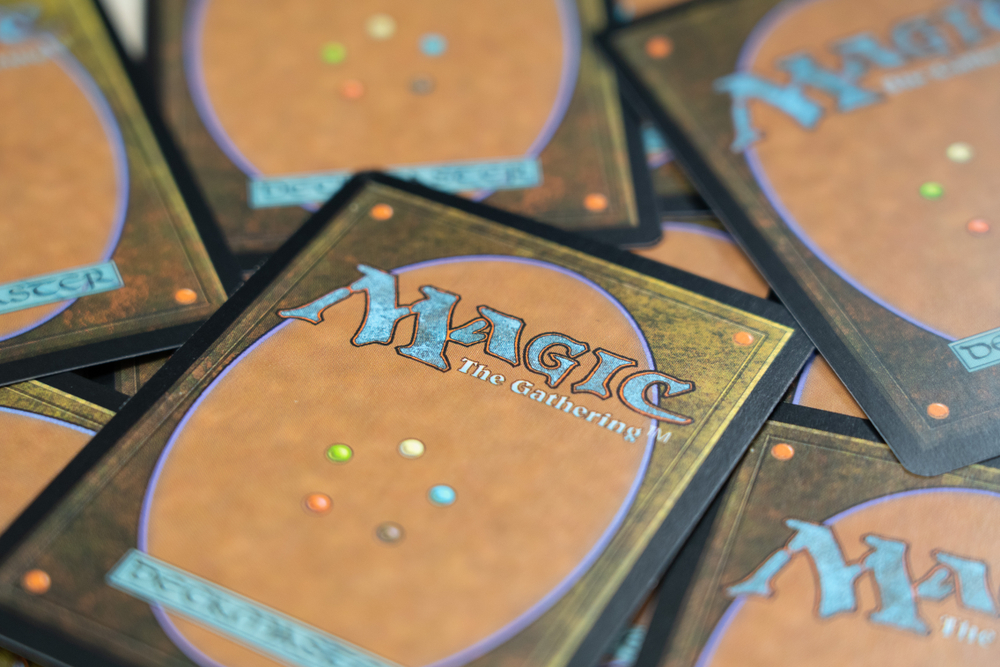 The game nearly didn’t happen. Wizards of the Coast was busy making roleplaying games and supplements in Peter Adkison’s basement in 1991. The first step in the History of Magic: the Gathering occurred when Dr. Richard Garfield, a doctorate candidate in combinatorial mathematics, addressed Adkison, the owner, and CEO of Wizards. Garfield wanted Wizards to publish his “RoboRally” board game concept.

Adkison enjoyed RoboRally, but he believed at the time that Wizards lacked the money and technological know-how to create a board game. So he instead requested Garfield to create a basic game that could be played in minutes and was portable enough to be played while “waiting in line at conventions.”

Garfield returned to his studio and created the first version of the game we now call Magic.

Things You Need to Know about Magic: The Gathering

Here are a few basic things you need to know about Magic: The Gathering.

Magic is a trading card game, sometimes known as TCG. While trade cards precede Magic by more than a century and solitaire games based on trading cards date back to the 1950s, Magic was the first product to mix randomized, collectible cards with deck-building and interactive gameplay.

The Colors of Magic

Each color has unique tactics, mechanics, and ideologies that come from color associations and game design. The “color pie” or color wheel is based on the ring of colored dots on Magic cards. The color pie employs adjacency on each ring to divide the other colors into friendly and adversary pairs.

Spells need mana. Mana is created by lands (such as Plains, islands, swamps, mountains, and Forest) and non-land permanents and spells. Players choose cards for it to function, as many cards as feasible. Each card has a unique purpose being in a deck. This variety of card use makes the trading card game operate.

Each Magic card is assigned a kind and different playing rules. Artifact, creature, enchantment, instant, land, planeswalker, and sorcery are a few options. Some things have many card types (e.g., an artifact creature).

Brief History of Magic the Gathering

Dr. Richard Garfield produced the original Magic core set, retrospectively titled Alpha, which was purchased by Wizards of the Coast and published in August 1993. Due to high demand, a second Beta print run was issued two months later, followed by a renamed Unlimited Edition. Richard named the game Magic when he initially created it.

Because the name was too simple to copyright, they altered it to Mana Clash. Because everyone kept calling it Magic, they investigated what they needed to do to name it Magic. The solution was to add something to it to make it more distinctive. Because the intention was to alter the sub names continuously, Richard picked “The Gathering” as a sub name to represent the beginning.

Ice Age marked the start of the first “cycle” of thematically connected new releases, commonly known as a block. Arabian Nights, published in December 1993, was the first expansion set to include new cards rather than reprints. Commander Legends: Battle for Baldur’s Gate is the most recent of almost seventy expansions.

With the introduction of new items, the full official rules for Magic change regularly. Most of these modifications merely describe and allow new mechanics, while significant upgrades, like the 6th Edition update in 1999 and the Grand Creature Type Update in 2007, have happened seldom. It’s typical to hear that a new update will “kill” the game. Despite this, the game has thrived, with claims that the most recent main set is the best-selling set of all time.

According to Mark Rosewater, the trading card game, the color wheel, and the mana system are three essential elements proposed by Richard Garfield at the game’s creation. Furthermore, Wizards of the Coast has worked hard to acquire new players since 2008.

Among these initiatives include a change in game design to reduce complexity creep, scheduled play opportunities to introduce women to Magic, and more in-game representation of women and minorities. Despite these efforts, the female player base is now in the mid-twenties, down from 38 percent in previous years.

Even though Magic has been included in a few serious computer games in the past, the card game did not wholly enter the digital era until 2002, when Magic Online was launched.

Magic has expanded its reach to gaming consoles like the Xbox with the release of Duels of the Planeswalkers. In contrast to Magic Online, participants of Duels face off against computer-controlled opponents, allowing them to perfect their abilities before ever shuffling any real cards.

Magic progressed at an unprecedented pace thanks to the advent of the digital age. While card collectors searched the internet for rare cards, players discussed game strategies and uploaded decklists online. Because of this, the participants and the game improved, making it a genuine gathering in every sense of the word.

These days, Magic is more popular than it has ever been. Over twelve million players from all parts of the world have a common interest in card collecting, deck building, and getting together to play Magic. At its core, the game of Magic is all about bringing people together in the spirit of friendly competition and enjoyable activity.

It has been adopted by more than thirty million different human operating systems since it first appeared. Today, those individuals play the game with some combination of the eighteen thousand cards available for the game, which are printed in eleven different languages.

Magic Shows on YouTube, such as “Spellslingers” from Geek & Sundry, often get hundreds of thousands of views. A video posted on a YouTube channel known as “open boosters” shows a guy opening an ancient pack of playing cards.