Are LEGO Minifigures Worth Collecting 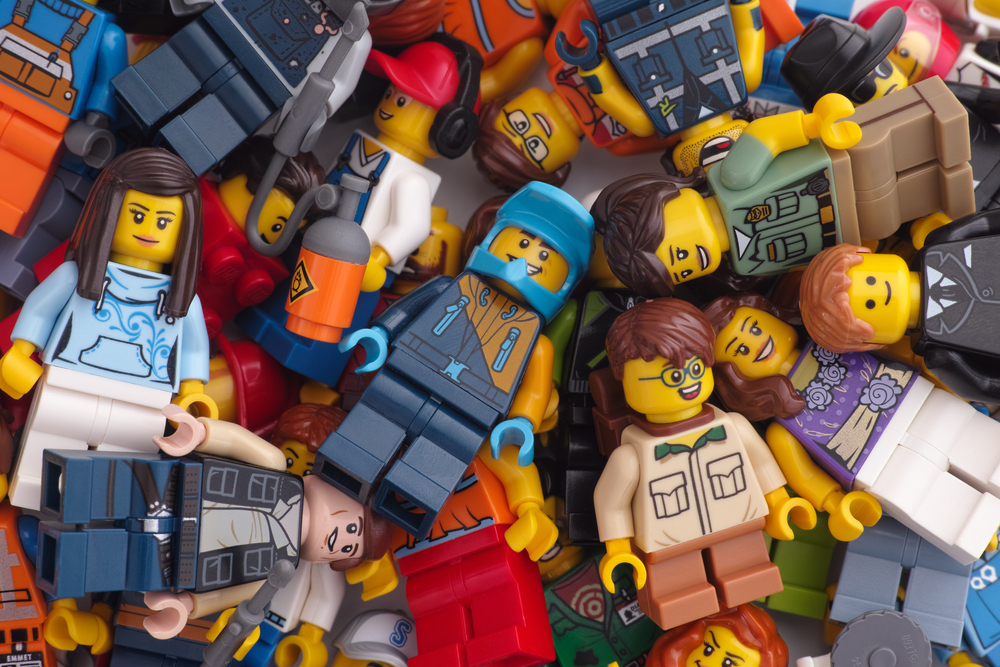 LEGO Minifigures are my all-time favorite; honestly, I’ve been collecting them for years. Even though they seem like regular tiny toys, there is a whole story behind them. This is evident from the number of people who have found LEGO Minifigures worth collecting over the years.

The company LEGO was initially established decades ago, back in 1932. After several years of ups and downs, the company finally gained stability, and ever since then, they have been designing the finest Minifigures. So the question here is; Are LEGO Minifigures Worth Collecting?

While most people often think collecting LEGO Minifigures is pointless, most of them (including me, of course!) love having a variety of Minifigures on the shelf.

But this discussion isn’t as simple as it seems. So let’s dig deeper and determine whether LEGO Minifigures are worth collecting.

To determine which LEGO Minifigures are worth collecting, it is crucial to know the different series they have launched.

Collectible Minifigures are perhaps the most reasonable figures to start a collection with. To date, there have been thirty-two collectible series, in addition to the nineteen non-franchised series like:

These LEGO figures are worthy of being collected since they aren’t replicated after the sale time is over; the Minifigures become more challenging to find, enhancing their rarity and value. Additionally, having sets will raise the total value if you are ultimately purchasing minifigs to resell them.

For instance, The Wizard of Oz figurines are just part of the Collectible series, yet it makes more sense to sell the whole set rather than just a few.

As previously stated, the LEGO figures become harder to find once the selling period is up, increasing their rarity and value. This is one apparent reason why purchasing them while they’re still on for sale is the right choice.

If you are purchasing these toys to resell, having collections is a smart choice. After all, the worth eventually increases when the set is off store shelves. So, in short, we can say that investing and purchasing these Minifigures is not totally a wrong choice.

What is Collecting Minifigures Worth?

Collecting LEGO Minifigures is more valuable than money. Most fans have collected these Minifigures for years. That is the only secret to gathering a vast collection. Each of these Minifigures has a personality and narrative to tell, hence the desperate need to collect them.

Trust me, fans like me will know everything about these Minifigures; when, where, and under what conditions they were initially purchased. Which ones were more loved, and which ones were more admired from a distance. They are valuable because of their history and sentimental reasons. After all, most of them are meant to remind you of your childhood. The point of all of this is that for some people, these Minifigures mean a lot, while for some people, they are just small plastic toys.

It’s all about the interest.

There’s no correct answer for this. Honestly, it is a personal choice based on who makes the decision. For some people, these LEGO Minifigures are worth much more than money. Each piece has its own significance, story, and importance. The individual components that make up the collections are everything.

On the other hand, some people think of it as a long-term investment. For this purpose, purchasing rare kinds is the smartest choice. We’ve already discussed that LEGO designs special edition Minifigures that are one-of-its-kind and limited. You can sell these rare collections for a higher price once they are off the market.

In short, you can see LEGO Minifigures as an investment or hobby. It usually depends on one’s perspective.

What is the Rarest and Most Valuable Minifigure?

Every LEGO fan knows it’s an expensive hobby, but only a few realize how costly it can be. The most diehard fans should always be prepared to spend a few hundred dollars for a unique LEGO set, but how much would you pay for a single Minifigure? $100? $1,000?

Well, it’s a lot more than that.

The most precious LEGO Minifigures cost thousands of dollars, with the rarest worth more than $2 billion! Even compared to other rare LEGO Minifigures, that’s an outrageous premium for a toy. Still, LEGO collectibles are in high demand, and some individuals are ready to pay top dollar for one-of-a-kind sets.

The most costly Minifigures are often one-of-a-kind collectibles, which explains why they are so pricey. Some are made of valuable metals, such as real gold, while others are so uncommon that you’d have to journey to another planet to find them. In any event, the majority of their prices will leave you speechless.

How Can You Sell a LEGO Minifigure?

If you bought the LEGO Minifigure as an investment, here’s the good news. If you think your Minifigure was from the rare collection and is no longer available in the market, it’s a great time to sell. Here is what you can do to sell your LEGO Minifigure.

Sell at a Local Market

Toy retailers and toy businesses often purchase used LEGOs. Bring your LEGOs into the shop to see if they want to buy them. A short web search will bring up local brick-and-mortar establishments. This is the quickest option to sell your LEGOs, but it won’t always earn you the best price.

Craigslist and Facebook Marketplace are excellent options for selling LEGOs without shipping them. You will post your items just like on online selling sites, but you will meet with the individual in person and get money directly from them.

Because these possibilities are often unmoderated, you must exercise caution to prevent frauds, no-shows, and other inconveniences.

So, we come to the question;

Are LEGO Minifigures worth collecting?