What is Mr. Gold, and What is its Value? 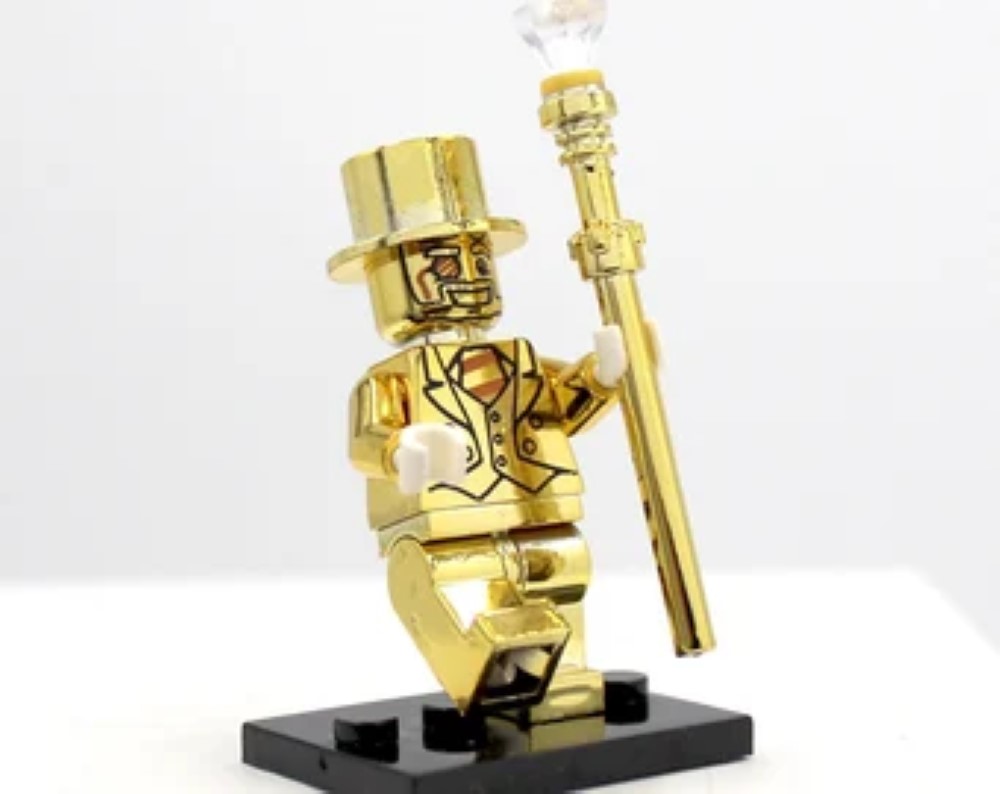 Mr. Gold is a Minifigure from Series 10, released in 2013 as a part of the collectible series. He is comprised of 8 individual pieces. The Mr. Gold LEGO kit has the number 71001-19 assigned to it. As part of the Series 10 Minifigures collection, just 5,000 Mr. Gold minifigs were manufactured. This makes it quite rare and obviously equally expensive.

The 10th edition of LEGO’s Collectible Minifigures, which was given the fitting moniker “Minifigures Series 10,” was released at the beginning of 2013.

Like most of the preceding series, this line consisted of sixteen collectible LEGO Minifigures distributed at random inside single-figure packs.

In contrast to the series that came before it, LEGO surprised the fans with Series 10 by releasing a 17th and very rare Minifigure called “Mr. Gold.” There were a total of just 5,000 figurines ever made.

There was no particular pattern to the distribution of this minifig among the Series 10 packets. Those who had the good fortune to uncover him would also get a unique VIP code from inside the gift.

Mr. Gold was essentially a LEGO interpretation of the character “Mr. Monopoly.” Except for his white hands, this minifig was almost entirely depicted in golden paint.

It is reasonable to assume that Mr. Gold accessorizes his millionaire image with elegant white gloves. He also carried a staff and a black plastic base included for display purposes. In the end, this minifig was little more than a standard Minifigure, although one with an eye-catching metallic sheen and the “limited edition” label.

What is the Value?

The gold chromed exterior of Mr. Gold, one of the most expensive Minifigures available from Lego, sets him apart from the other figures in the range. The fact that only 5000 of them were made contributes significantly to the extreme value of the item. The average price of Mr. Gold is $2000 or more.

Is He Made of Real Gold?

Although the frantic search for him might have led you to assume that actual gold was used in Mr. Gold’s manufacturing, he is the same exact plastic figure as before, but it has been finished in chrome-gold metallic paint, making it unique.

Moreover, the figurine price is mainly high because it is an exclusive edition.

Is Mr. Gold the Rarest?

It’s not easy to find this minifig, and this is an apparent reason why it’s overpriced too. It was calculated that the odds of finding him in a random Minifigure Series 10 bag in 2013 were one in 1.2 million.

However, several LEGO Minifigures are even rarer than Mr. Gold’s restricted batch of 5,000 figurines, so he cannot compete in this regard. The most valuable item on this list is a very rare Boba Fett Minifigure that is, in fact, constructed of genuine 14K gold.

LEGO has designed hundreds of Minifigures that have been everyone has loved. However, the limited edition figurines get the most attention. Despite being super expensive, these figurines are something everyone wants to get. Mr. Gold is among the rarest and most unique Minifigures and almost everybody’s choice when choosing a LEGO toy.

PrevPreviousWhat is the Rarest Lego Minifigure?
NextCan you put Minifigures in Water?Next