What Was the First-Ever LEGO Minifigure?

Legos may be regarded as both old and contemporary since they are one of those fantastic toys that endure from generation to generation. The Minifigures are maybe the most popular part of LEGO kits. According to LEGO, nearly 4 billion Minifigures have been sold so far. These iconic LEGO characters have evolved significantly over the years.

Why are LEGO People Called Minifigures?

Have you ever wondered why LEGO people are referred to as Minifigures?

The main reason is that the original Lego figurines were significantly more prominent. As a result, all other LEGO figurines are mini-figures.

LEGO Group is a Danish corporation founded in the 1930s and has been in business ever since. The term LEGO is a condensed version of the Danish phrase LEgGOdt, which translates to “Play Well” in Danish and “I Put Together” in Latin.

The initial Lego toys were made of wood, but the iconic plastic bricks didn’t appear until the late 1940s when they were introduced as LEGO Automatic Binding Bricks. Before LEGO Minifigures were released in the 1970s, the quantity of LEGO Bricks produced and their popularity had been steadily increasing.

The first minifigure to be released, as we know them, was a lego police officer in 1978. 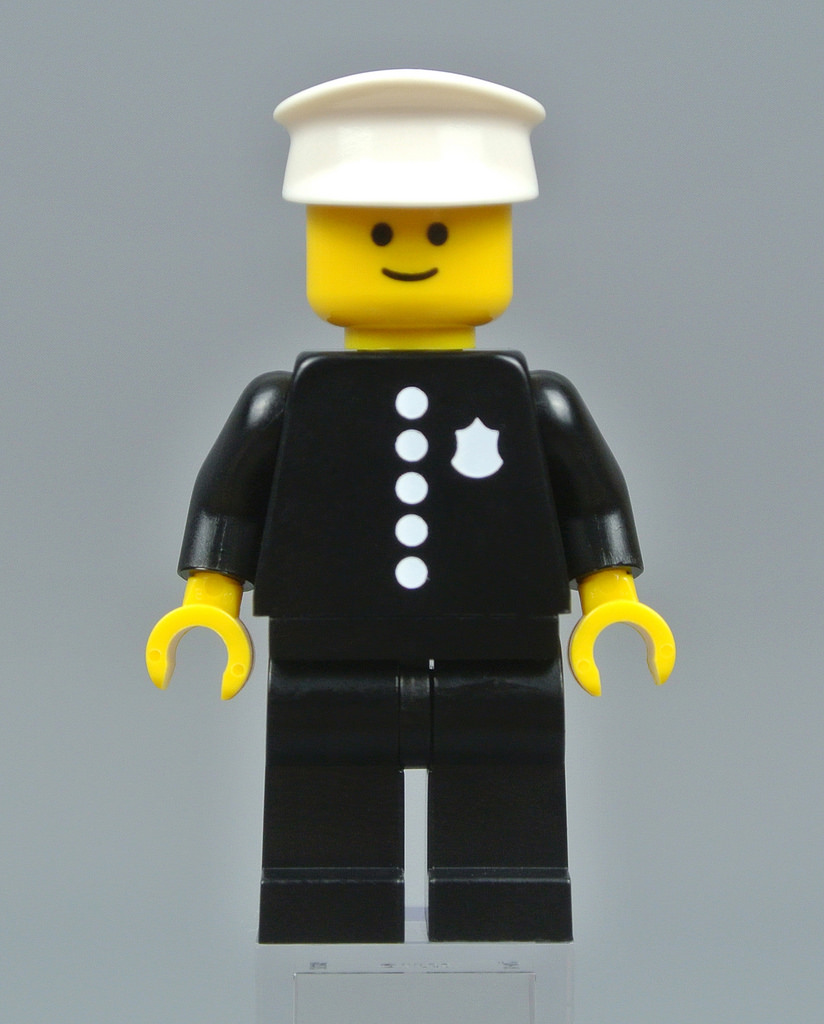 Minifigs had yellow skin, so there was no conflict regarding gender discrimination. They were first marketed as LEGO Family Figures and were on sale in 1974.

All of the Minifigures from the 1970s had smiles painted on their faces. But in the 1980s, LEGO started producing Minifigures that were more intriguing to go along with their newly released sets, such as their castle and pirate sets.

Some of the pirates were the very first LEGO figurines to show frowns or cruel expressions to bring some change to the edition.

In addition, LEGO started painting the clothing details and creating new hats, helmets, haircuts, and whatever else was required to finish the figures. Additionally, they began applying different colors on their faces for things like mustaches, beards, eyebrows, and teeth.

Even though many more series were to be introduced during the decade, 1999 revolutionized Lego forever. Before the end of the century, the first Lego Star Wars series reached the shelves, launching a collaboration that would create not just figures and sets but novels, video games, and animation in the future.

The Newest Changes in the Minifigures

Until the LEGO NBA Basketball minifigs were released in 2003, all LEGO minifigs had yellow skin. LEGO wanted the NBA minifigs to have more realistic skin hues so that they could be modeled after genuine NBA players.

In addition to the traditional yellow skin, LEGO began producing additional licensed character lines like Star Wars with regular skin tones. They transformed practically all of their Minifigures into human skin tones over the following several years.

Instead of retaining NBA-style essential facial traits like “realistic” eyes, LEGO returned to utilizing their distinctive faces on skin tone figurines. They started with simple eyes and mouths and developed increasingly intricate features, as with the yellow figs.

The most recent modifications occurred in 2009, with improved face detail. LEGO returned to NBA-style face paint, but this time the painting was less humorous, giving it a realistic look.

Over decades, LEGO figurines have evolved a lot. From being designed of wood to iconic plastics – the journey has been relatively smooth. People have admired the LEGO figurines throughout their evolution and still consider them the best construction toys.

NextWhat is the Rarest Lego Minifigure?Next